Home » Health Information » All you need to know about antibiotics

All you need to know about antibiotics

What you should know about antibiotics

Antibiotics are medicines that help people fight infections caused by bacteria. They work by killing bacteria that are in the body. These medicines come in many different forms, including pills, ointments, and liquids that are given by injection.

Antibiotics can do a lot of good. For people with serious bacterial infections, antibiotics can save lives. But people use them far too often, even when they're not needed. This is causing a very serious problem called Antibiotic Resistance. Antibiotic resistance happens when bacteria that have been exposed to an antibiotic adapt so that the antibiotic can no longer kill them. In those bacteria, the antibiotic has no effect. Because of this problem, doctors are having a harder and harder time treating infections. Experts worry that there will soon be infections that don't respond to any antibiotics.

When are antibiotics helpful?

When are antibiotics NOT helpful?

Antibiotics do not work on infections caused by viruses such as

Even though antibiotics don't work on infections caused by viruses, people sometimes believe that they do. That's because they took antibiotics for a viral infection before and then got better. The problem is that those people would have gotten better with or without an antibiotic. When they get better with the antibiotic, they think that's what cured them, while in reality the antibiotic had nothing to do with it.

What's the harm in taking antibiotics even if they might not help?

There are many reasons you should not take antibiotics unless you absolutely need them:

Overuse of antibiotics leads to antibiotic resistance - using antibiotics when they are not needed gives bacteria a chance to change, so that the antibiotics cannot hurt them later on. People who have infections caused by antibiotic-resistant bacteria often have to be treated in the hospital with many different antibiotics. People can even die from these infections, because there is no antibiotic that will cure them.

When should I take antibiotics

If you do have an infection caused by a bacteria, your doctor might want to find out what that bacteria is, and which antibiotics can kill it. They do this by taking a "culture" of the bacteria and growing it in the lab. But it's not possible to do a culture on someone who has already started an antibiotic. So if you start an antibiotic without input from a doctor or nurse it will be difficult to know if you have taken the right one.

What can I do to reduce antibiotic resistance

Here are some things that can help:

What if my doctor prescribes an antibiotic that did not work for me before?

What if I am allergic to an antibiotic? 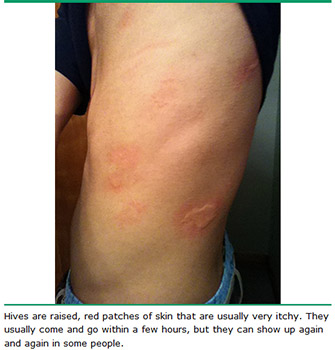 Symptoms of antibiotic allergy can be mild and include a flat rash and itching. They can also be more serious and include:

Serious allergy symptoms can start right after you start taking an antibiotic if you are very sensitive. Less serious symptoms, on the other hand, often start a day or more later.

If you think you are allergic to antibiotics, tell your doctor or nurse why you think so. Then trust him or her to know whether what you describe is a true allergy.