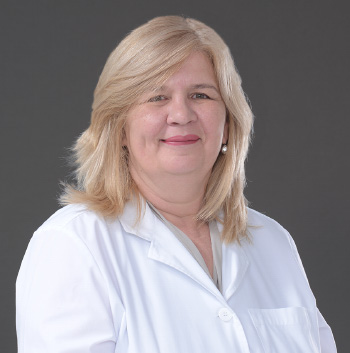 Dr. Amira Talic is a Specialist Obstetrician and Gynaecologist / Fetal Medicine with double PhD in Fetal Medicine and Fetal Neurology from University of Zagreb and Dubrovnik international University, Croatia. She has over 22 years of experience in the field of Obstetrics and Gynaecology and Fetal Medicine. Prior to joining NMC Royal Women’s Hospital in Abu Dhabi she was associated with Women Health Institute - Fetal Maternal Unit, Al Ain Hospital for over 7 years where she performed numerous fetal scans and conducted many amniocentesis and Chorionic villus sampling (CVS) tests.

Dr. Amira is a double PhD in fetal medicine and fetal neurology – a rare fete. She competed PhD program Biomedicine and Health, Major: Fetal medicine from University of Zagreb in 2011 while the second PhD from Dubrovnik international University with major in Fetal Neurology.

She has numerous researches on fetal medicine and ultrasound to her credit.  She gained excellent experience in teaching and education through her role as lecturer in both undergraduate and postgraduate at University of Medical Sciences and Technology Sudan, Ian Donald International University and Al Ain University in UAE.