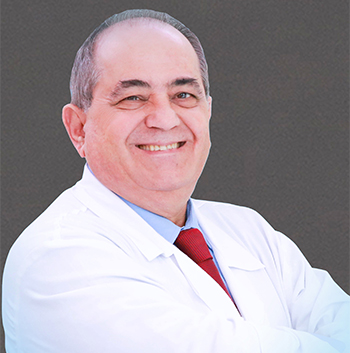 Dr. Ahmed Abdel Haq is an Irish doctor of Jordanian decedent. His entire training was in Obstetrics & gynecology in large hospitals in UK and Ireland, where he worked for over 22 years including 14 years as a full-time consultant. He got his membership of the prestigious Royal College of Obstetricians & Gynaecologists (MRCOG) in London in 1998 and the membership of the Royal College of Physicians of Ireland (MRCP) in 2002. He got the Jordanian Board in Obstetrics & Gynaecology (JBOG) in 2004 and the Membership of the American College (MACOG) in 2006. Between 1993 and 1998, he was trained in many large British Isles hospitals including Newcastle General Hospital, Cork University Hospital, Galway University Hospital, St. James’s Hospital and Limerick University Hospital. He was appointed as a full-time consultant in 2000 and worked in Warwick University Hospital in Coventry, Warwickshire and Milton Keynes General Hospital in Buckinghamshire. He also worked in Whitfield Hospital and St. Joseph Hospital in Ireland.

During his time in the British Isles, he achieved level 3 of Laparoscopic Surgery and advanced Urogynecology. He moved to UAE in 2013 and served in some of the biggest private hospitals like Al Noor Hospital and Danat Al Emarat Hospital. Prior to joining NMC Royal Women’s Hospital, he was associated with Bareen International Hospital in Abu Dhabi.

He has written many articles including original papers published in reputed journals and presented original papers at international conferences in UK, Ireland, Malaysia, Egypt and Jordan. He was a Senior Lecturer/ Examiner in the University Hospitals where he worked in between 2000 and 2013.

He is an accredited / certified Colposcopist with the British Society of Colposcopy and Cervical Pathology (BSCCP) since 1999.

He speaks Arabic and English.